Women's Energy Council – A Gendered Perspective of Renewables in Africa 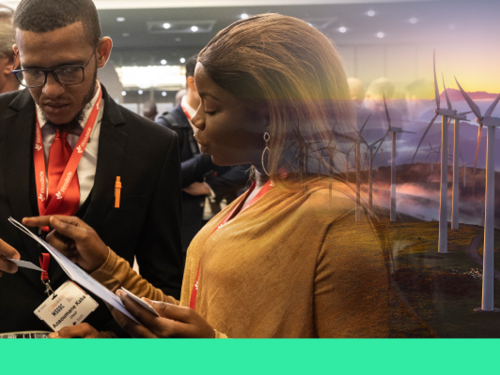 The ‘Energy Transition’ is not only a shift in how society utilizes the resources at our disposal to produce energy, but it provides a moment of reflection to reconsider the wider systemic issues in which energy plays a role. Access to energy has far reaching social, economic and health benefits; whether it be improved access to education, access to the internet and telecommunications, or access to safer cooking methods – as access to energy is expanded, the lives of those affected, improves rapidly.

Africa is a key battleground for the promotion of women’s rights, particularly in rural regions where the gender dispensation to family roles and functions is long established. It is also the key battleground for the expansion of access to electricity for those without. Global trends indicate that where there is more pervasive access to electricity, women’s social and economic empowerment is greater.

The Energy Council has looked at renewables projects and programmes across Africa that are actively improving the lives of the women and children in their communities; promoting societal and economic inclusion of this historically disenfranchised demographic. And in the process, engendering a belief in typically patriarchal communities that women are more than capable of succeeding beyond the established gender-based roles often found in rural, subsistence-living communities.

Elle Solaire is a Senegalese company whose mission is to be ‘the first women-inspired, women-led solar social enterprise in Africa’. Their mission is a bold but necessary endeavor that seeks to massively expand female inclusion into society and the local economy. Just 27% of Senegalese women are enrolled in secondary school and women make up just 11% of the workforce in non-agriculture sectors. Of the 600 million Africans without access to electricity, 100 million are women and children in West Africa.

The company’s pilot program ended with 3,500 rural Senegalese people with a sustainable light source, for the first time in many of their lives. The success of the pilot then led to the establishment of a partnership with the IFC’s Energy2Equal initiative – a support and investment programme to assist the development and growth of women-led energy businesses.

Elle Solaire is an arm of UK-based NPO, the Women’s Entrepreneurship Initiative whose mission is “to learn about, serve and enable change for women entrepreneurs in Africa and the Middle East”. The initiative was launched by two academics, Kelly Nwachuku-Lavelle and Dr Hessah Al-Sheikh, whose research showed that innovative and adaptive research that is “participatory in nature, facilitates continuous learning through its systematic cyclical action-reflection processes”.

By taking this progressive approach to women’s empowerment and entrepreneurship, the organization found that economic inclusion is facilitated best when integrated with networks of other women entrepreneurs. Building a rural, solar business has immense challenges, often related to entrenched perceptions of gender-based roles – however, the research by Nwachuku-Lavelle and Dr Al-Sheikh indicates that these perceptions are dismantled the more women are active in these new roles and are seen to be active in the roles.

Solar Sister is a non-profit organization that trains and supports women entrepreneurs in Tanzania, Uganda and Nigeria to develop and supply clean energy businesses to rural African communities. The work undertaken here validates the research above (despite the geographic dislocation between these NPOs).

One of the greatest restrictions to providing energy access in Africa, is the inability to successfully integrate what are known as ‘Last Mile Communities’ into the wider energy ecosystem.

A ‘Last Mile Community’ is defined by the Solar Sister initiative, “by three interconnected factors: lack of access to grid power, low-income or seasonal economies, and remote or isolated geography”. It represents a physical barrier to rural societies connectivity to the outside world.

Traditional grids and energy networks require expensive infrastructure investments that are difficult to recoup. By providing access to solar PV, battery and micro-grid technologies this hurdle is almost made redundant, as centralized energy is no longer a core requirement.

The Comprehensive Initiative on Technology Evaluation at the Massachusetts Institute of Technology (MIT) evaluated the Solar Sisters initiative to assess their impact on these ‘Last Mile’ communities. The centre found that Solar Sister were broadly successful in their mission to access the most rural communities, but that also successful in countering the entrenched gender biases within these communities. A general reluctance among rural villagers to interact with female salespersons was actively countered by Solar Sister entrepreneurs who a positive, enduring benefit to households.

Another study by Santa Clara University Miller Center for Social Entrepreneurship on the Solar Sister initiative, indicated that their use of solar lanterns (as opposed to traditional light connections) was far more useful to rural villagers.

“Esiankiki recently purchased a solar lantern to replace her kerosene lamp. Her new solar lantern provides brighter lighting and allows her to stop buying expensive fuel. She now enjoys an additional two hours of lighting at night that she uses for business activities and household duties. The profit from her jewelry business has doubled because better lighting quality allows her to increase the amount of time she spends working. The time she spends milking her cows has also tripled, helping her rise from a break-even weekly income stream to a weekly profit of 15,000 TZS, equivalent to about $7 USD”

In just five years of operation Solar Sister has trained 5,000 entrepreneurs (86% of which are women) to sell 400k+ solar-powered products, in the process reaching 1.8 million ‘last mile’ customers and providing them with a basic source of power.

International institutional investment and support is crucial to challenging systemic imbalances in society, often as local institutions have entrenched patriarchal structures. Local efforts are not incapable of achieving broad successes, but collaborative efforts with deeper financial support and knowledge transfer allow for a more rapid and effective impact.

The Energy Council has collated a list of resources, programmes and opportunities for women to engage with the energy sector in Africa. Through the advancement of women in entrepreneurship and STEM careers, the barriers that have suppresses women can begin to be dismantled and eventually broken down altogether.

The African Women in Energy and Power (AWEaP) is a non-profit organisation that provides a platform to accelerate the careers of women in the energy space. Their intention is to engender a belief in their knowledge and expertise through workshops, classes and presentations, all with the end-goal of providing genuine prospective opportunities for these women.

Energia is a network of ‘like-minded organisations and professionals’ established in 1996 with the understanding that bridging the gender gap within energy has far reaching effects on the inclusivity of women throughout the economy. While not solely focused in Africa, their work focuses on women in developing nations in Asia and Africa. The company has successfully engaged 4,885 women to become energy entrepreneurs, through 53 partnerships and in the process producing 48 research papers and policy briefs. Energia has worked closely with the UN, WHO, several national governments and numerous development bodies.

USAID’s PowerAfrica initiative has funded research into gender equality and formed a range of programmes to assist in furthering the careers of women in traditionally male-dominated sectors. Within this broader initiative exists the; ‘Women in African Power Network’– promoting professional development for women in the wider energy sector. There is also the ‘EmPOWERing Women and Girls’ initiative that promotes two agendas, ‘Engendering Utilities’ which has partnered with 15 utilities in Sub-Saharan Africa to promote female inclusion in the utility sector. And the ‘Advancing Gender in the Environment’(AGENT), seeking to entrench an understanding of sustainable businesses to women in underserved regions of the continent. Additionally, USAID has a range of national networks that support women empowerment.

The International Finance Corporation (IFC) established the #Energy2Equal initiative that has partnered with female-led or focused organisations in order to provide the financial assistance and guidance. To do so, the IFC joined forces with a number of the world’s largest private energy companies to produce research that supports the evidence that empowering women as leaders, entrepreneurs and as effective professionals – has expansive positive effects to the economy and industry value chains.

Paths to gender equality remain limited but for the first time, these limitations are being challenged pervasively in regions and countries where women have long struggled to attain the basic respect for their intelligence and work effort. Research by the ‘2X Challenge’ – a investment channel that seeks to mobilize $3 billion towards women’s empowerment globally – states that closing the gender gap has the potential to add $28 trillion to the global GDP (or 26%) by 2025.

In the 21st century, we should no longer be speaking about the continued disenfranchisement of an entire gender but the issue persists. Too often it is women that shoulder the dual burden of succeeding while also forging paths for other women to succeed. By institutionalizing women’s empowerment in traditionally patriarchal environments, we can all enjoy the pervasive benefits of economic inclusivity. And as the ‘energy transition’ looks for capital, a 26% jump in the global GDP could provide the extra impetus to mitigate the impending effects of climate change 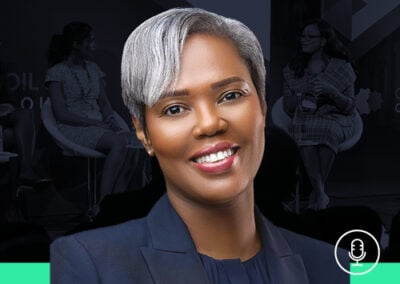 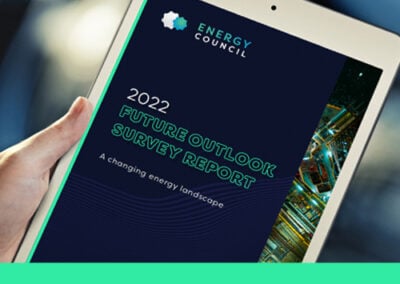 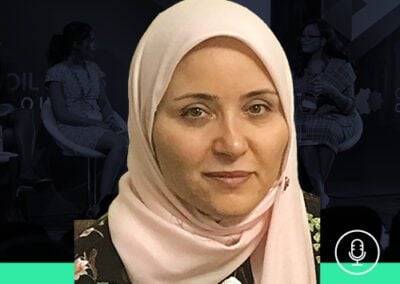 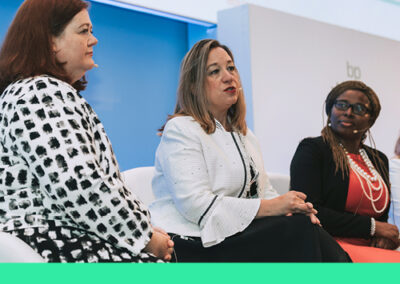