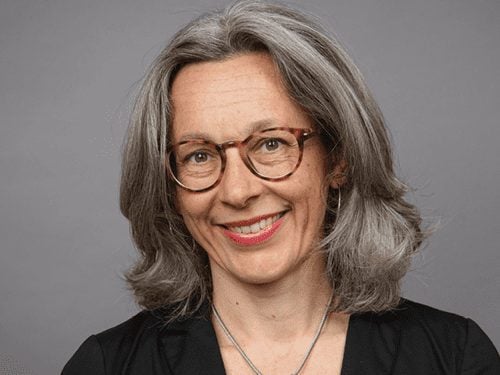 Capella Festa is the Chief Operating Officer for Genvia, a Clean Hydrogen Technology Venture established in 2021 by partners including Schlumberger and the French research establishment the CEA.  Genvia was created to accelerate clean hydrogen production, energy storage and fuel applications at scale by providing cost-effective access to high-performance electrolyser and fuel cell technologies.  Prior to joining Genvia, Capella was Vice President Hydrogen at Schlumberger New Energy.  Earlier in her Schlumberger career Capella’s roles have included Global Account Director, Chief Information Officer and Technical Advisor at the International Energy Agency. Capella started her Schlumberger career in 1993 as a drilling engineer with Sedco-Forex in Aberdeen. Capella has an engineering degree from the University of Cambridge in the UK and a Masters from the French Petroleum Research institute in Paris.

Capella joined Schlumberger in 1993, initially developing software in the Research and Engineering center in Paris before completing her training as rig engineer offshore in the North Sea. She has held a variety of operational and management roles in Europe and Asia in rig operations, technical services and in software and information services. From 2009 – 2011 she was Chief Information Officer for Schlumberger in Paris responsible for the delivery of IT services across the organization.

Capella holds a MA in Engineering from the University of Cambridge in the UK and a Master’s degree in Economics and Business management from the Institute Français du Pétrole in Paris. She joined the board of the Schlumberger Foundation in 2015 fresh from the IEA where she had been immersed in a study of the Energy Outlook for sub-Saharan Africa and was struck by the degree to which development goals, particularly energy access, are often hampered by a lack of technical and scientific experts. Capella is a firm believer in the work of the Schlumberger Foundation in elevating academically able women from developing countries in science and engineering. Their potential to accelerate development in their countries is immeasurable.

Capella is joining the 2019 Awards of Excellence Judging Panel. The panel will be meeting on Friday 18 October to review, deliberate, discuss and shortlist the nominations received from our global network.