Can you tell us about Herbert Smith Freehills’ history on the African continent?

We are not newcomers to Africa, having acted on numerous matters in all of the 54 jurisdictions of Africa over a period of some 30 years.

It became clear to us in the early 1990s that that there was a genuine need amongst our client base to have a dedicated team of lawyers specializing in the African market place, and in 1998 we established a core team of English and French qualified lawyers in Paris committed to building the firm's practice on the continent.

Our team has since grown to include over 200 partners across our global network who advise on matters in Africa, with some 80 partners currently assisting our clients on a broad range of issues arising from their transactions and projects in Africa's oil and gas sector.

We achieved a major milestone in late 2015 with the opening of the firm's Johannesburg office – our first office in Africa. Supported by a number of South African and other partners and directors who are recognised market leaders in their respective fields of expertise, our office advises inbound and outbound investors across various sectors and industries in the Southern Africa region and Africa more broadly. The Johannesburg office was joined over the summer by Olivier Binyingo, who will work closely with me and other members of our Africa team, including in particular Johannesburg-based energy & natural resources specialist Paul Morton, to boost our Francophone presence in South Africa. Olivier's arrival has further cemented our offering and enables us to provide South African, English and French law advice from Johannesburg, covering transactions across Anglophone, Francophone and Lusophone Africa.

What are your general observations on the MSGBC basin's development? Do you share the market's overall optimism and how is Herbert Smith Freehills positioned to support these new regional opportunities?

How could we not be optimistic with the opportunities triggered by the MSGBC basin? The figures speak for themselves. The MSGBC basin is about two-thirds the size of the Gulf of Mexico with comparatively 1% of the number of wells drilled and seismic data shot. The recent world class discoveries therefore make the region arguably the most promising underexplored spot in Africa.

The development of the MSGBC basin is definitely great news for the industry and the relevant coastal States. However, challenges still lie ahead for regional stakeholders.

On the one hand, local States need to attract foreign direct investment and appear investor friendly. The recent intergovernmental agreement between Senegal and Mauritania for the joint exploitation of the transboundary GTA deposit set a positive precedent for the industry, Senegal's new Petroleum Code is under development and expected to be published soon and the Republic of Guinea renewed its own Petroleum Code in 2015

On the other hand, to foreign investors, countries in the MSGBC basin remain relatively unknown and have little experience in the oil and gas sector.

This is where a law firm such as Herbert Smith Freehills can provide a valuable service acting as intermediary between host States and foreign investors, facilitating negotiations and generally helping to structure long term deals that are beneficial for all parties.

We have a long track record and strong expertise in helping oil and gas companies to navigate through Africa's legal and regulatory landscape. In recent years we have seen the emergence of new topics, such as local content and human rights, which are shaping the future of oil and gas and are an important factor for consideration by States and investors involved in the development of the MSGBC Basin. We have developed a dedicated global business and human rights practice, co-headed by our Paris-based partner Stéphane Brabant, to deal specifically with these issues and is particularly active in the oil and gas sector in Africa and other emerging markets.

What do you see as the key challenges facing the industry in the region over the coming 5-10 years and how is Herbert Smith Freehills positioned to overcome these challenges?

Trying to predict what will become the ‘new normal' is always a risky exercise, but from an African perspective I think one key theme will continue to be local content.

Local content has been a key driver for a number of years as Governments look to promote greater local involvement in oil and gas operations, promoting local value creation, training and opportunities. It will be interesting to see how the combination of cost efficiency measures driven by the lower oil prices of the past few years and the increasing importance of technology, innovation and artificial intelligence in the sector will impact on local content aspirations.  Local value creation and local job opportunities are a key element of Africa's progress, not just in terms of domestic GDP growth but also for global socio-political considerations, including security and migration issues. The extent to which oil and gas companies and policy makers can shape and encourage local content in this new business climate, where technology will continue to be a disruptive force in the years to come, will be key to ensuring sustainable and inclusive growth.

Related to local content is the notion of ‘African-content'. Intra-African trade is much lower than in other regions, currently standing at approximately 15% compared to for example 60% within Europe.  The creation of a pan-African trading block has been a priority of the African Union and earlier this year 44 African heads of State and Government officials met in Rwanda to sign the framework. There is still much work to be done, but this has the potential to significantly change the landscape in terms of internal market and the delivery of goods and services.  This pan-African vision may also spur more domestic oil and gas companies to consider a broader pan-African portfolio.

In terms of how we as a firm are positioned, oil and gas is part of the firm's DNA and our Africa strategy has always been pan-African (we have worked on matters in each of Africa's 54 jurisdictions).  Our Africa oil and gas specialists have been working hand in hand with other specialist practice groups, including our CSR, BHR and TMT teams, so that we are at the forefront of market developments and can apply that broader knowledge and expertise to our work in the sector.

What have been the evolutions in your business in the African region over recent years?

There is a lot of political momentum to improve energy access in Africa and an increase in the funding pool for new projects, including natural gas and renewable power generation.

Natural gas and LNG have a significant role to play in Africa's energy mix and there has been a big increase in proposals for gas to power projects throughout the continent. For example we are currently advising Vitol SA on its involvement in the US$7 billion Offshore Cape Three Points (OCTP) oil and gas project in Ghana with ENI, which will supply enough gas to power Ghana's thermal power operations for 15 years.

During the lower oil price we saw a drop in exploration expenditure, with our traditional oil and gas clients instead focusing on the consolidation of their businesses and the selling off of non-core assets. We have advised on a number of mega-deals over the past 12-24 months, both buy and sell side, including advising ENGIE on the disposal its upstream oil and gas business (our role centered on the African, Middle-Eastern and Asian assets in ENGIE's portfolio); the lenders to Assala Energy on Assala's acquisition of Royal Dutch Shell's entire onshore oil and gas assets in Gabon; Perenco on the acquisition and transfer of operatorship of various mature upstream oil & gas assets in Gabon from Total; and Maurel & Prom on its acquisition by Pertamina.

We have also seen a return to exploration and development with the emergence of certain regional hotspots such as Senegal, which has kept us busy.

Finally, new players continue to be active in the market, including PE backed vehicles, oil traders, indigenous oil and gas companies and oilfield services companies, and we are also seeing an increasing use of alternative funding structures.

What are the strategic priorities for Herbert Smith Freehills’ in the next 12 months?

One of our key priorities will be to continue to support our new Johannesburg office as it ramps up its activities both in South Africa and more generally throughout the continent.

The office has expanded rapidly since we opened in late 2015 and now includes a number of South African partners and directors who are recognized as being among the best in the market in their respective fields. Our strategic objective is to combine the skills of our Johannesburg-based lawyers (who include several Francophone Africa specialists – including recent new arrival Olivier Binyingo) with those of our teams in Paris, London, the Mid-East, Australia, Asia and elsewhere across our network to enable our Johannesburg office to assist our clients throughout the continent, while remaining an integral part of the firm's global Africa practice.

What question or industry issue are you looking forward to hearing about at the second MSGBC Basin Summit?

This Summit provides a unique opportunity to gain local market insight and have direct access to the regional oil and gas community. I am looking forward in particular to the NOC Panel Discussion and the Country-Specific Presentations, as the host States' representatives are the real key people who will define the future of the MSGBC Basin. I am also excited to be moderating a panel where the crucial role of the law in the development of the Basin will be extensively discussed.

The Oil & Gas Council made the right choice in maintaining the Local Content Forum alongside this second edition of the MSGBC Basin Summit. Indeed, now more than ever, the local content issue is at the crossroads of conflicting imperatives and expectations. However, when designed and implemented properly, local content policies can leverage the oil and gas industry's demand for goods and services and in turn create linkages with other sectors of the economy. Equally, operators stand to benefit from a well-developed local industry of suppliers and contractors through reduced costs and simplified logistics. I am looking forward to sharing and exchanging views in this respect with regional NOCs, government representatives and private companies to better understand how the role of local content is currently perceived by various local and international stakeholders, and perhaps identify some new and innovative approaches to the issue.

Bertrand Montembault is a partner in the global energy team at international law firm Herbert Smith Freehills. He is qualified in France and has 26 years of experience helping international businesses, whether new entrants to the Africa market or established operators on the continent, on various aspects of their operations and projects in Francophone Africa, mainly in the oil and gas and natural resources sectors. Bertrand lived and worked in Gabon for two years prior to joining HSF and has an excellent knowledge of Francophone Africa’s local and regional legal systems, including OHADA, and a strong network of local contacts.

Bertrand led our energy and mining practice in Paris for a number of years and currently splits his time between our Johannesburg and Paris offices. He is a regular speaker at Africa industry focussed events and is consistently ranked as a leading lawyer for African projects, energy and mining mandates. Industry accolades include “Sources are quick to highlight his ‘superb ability to come up with practical solutions to complex problems‘ ” (Who’s Who Legal 2018); and “Sources describe him as ‘outstanding, extremely personable and flexible‘ ” (Chambers Global 2017).

Bertrand Montembault will be speaking on the panel discussion titled ‘Laying Down the Law: Exploring the Regulatory Environment of the MSGBC Basin' at the upcoming MSGBC Basin Summit & Exhibition taking place in Dakar, 24 – 26 October 2018. 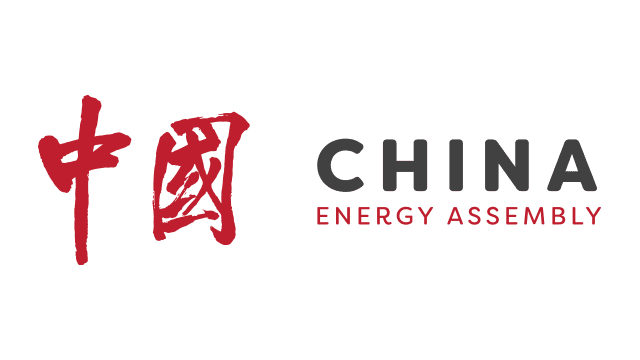