When we talk about energy transition, what we are really talking about is a shift from a central energy supply (largely from fossil fuels), to a decentralised distributed model underpinned by technology.  We are talking about a shift to digital and smart technologies. This has created an environment where renewables, in particular wind and solar, are developing faster than anyone anticipated.  It has allowed EVs, energy efficiency and storage technologies to be rolled out at a pace unthinkable as little as 5 years ago.

The transition is having a profound impact on traditional O&G companies, and how they view their portfolio of assets.  As momentum for a lower carbon world builds, it is becoming increasingly challenging for big oil companies to continue to do what they have always done.  What they are doing is what they have always done – adapt and position themselves for growth. Throughout 2014-16 we witnessed a dash for gas as one such response with a wave of M&A activity as big oil looked for value creation. Perhaps one of the most interesting developments since then however, has been the spate of deal flow activity towards renewables. It is therefore timely to compare strategies, particularly those of the European powerhouses at the centre of this wave of change.

In early April, Total announced they had acquired a majority stake in Direct Energie in a deal worth €1.4 billion (£1.2bn). This being their largest low carbon acquisition to date, surpassing the $1.1 billion they paid for French battery Saft in 2016.  Through this and other investments, the Gas, Renewables & Power (GRP) team is arguably ahead of its peers in renewable M&A. The French IOC is looking to have 20% of its asset base in renewables by 2035, and can now call on 2250 MW installed renewable and gas generation capacity.

Shell has very vocally committed to a strategy of adding value through an integrated approach to the energy ecosystem, by embracing renewables alongside their gas portfolio. Currently the strategy seems to be one that sees them in the customer’s home as opposed to fundamentally changing the energy mix. The acquisitions of First Utility and NewMotion in the UK sees customers interacting directly for the first time with the Anglo-Dutch giant.  Shell Technology Ventures fund, however may change all that overtime, with multiple investments into solar in Asia and beyond, starting to gain momentum.

The Shell level of investment into renewables is still very low in comparison to their core oil and gas business (around 3% of their current upstream spend is in renewables). However, in November 2017 they stated a very ambitious framework, looking to reduce their net carbon intensity footprint by 50% by 2050.  By focusing on carbon intensity, Shell is taking ownership of the end use of its products, a different approach to the other majors.

The “Beyond Petroleum” mantra of the Naughties has weighed heavily on executives in St. James's Square, but perhaps not as much as it once did. A new BP strategy was announced with great fanfare under the title ‘Advancing the Energy Transition’ in April.  From this presentation, we learned how BP plans to hold carbon emissions flat through to 2025 at a 2015 baseline level. They plan to do this through emissions reductions and offsets of their own operations, which does differ from the policy adopted by Shell.

The BP presentation also included a commitment to expanding renewables to create a low carbon business. In order to achieve this, they reiterated a group capital investment forecast of £500 million for low carbon activities – roughly the same percentile as Shell’s group capital spend.  Late last year they invested US$200 million in Lightsource, and whilst it was a little more muted than Shell and Total, you sense it was a stepping-stone for something bigger. The Beyond Petroleum slogans are gone, but BP is quietly carving out a bridgehead led by some highly regarded executives in its Alternative Energy division.

Through its Progetto Italia initiative, Italy’s ENI is looking to invest funds into its own brownfield sites, which are being reclaimed and converted into facilities for the production of renewable energy. They plan to add 220MW of renewable power will mostly be pumped directly back into the industrial base of ENI. This is part of €1bn earmarked for green activities over the next 5 years, and will directly lower emissions. ENI have been very specific with their target, a 43% reduction by 2025 vs 2014.  It doesn’t leave much margin for error of some of the broader ranges of their peer group. This focus is largely about carbon reductions, and less about a fully-blown move into retail electricity. Being Italy the sun tends to shine a little more than Northern Europe, and the renewable rollout has a strong solar bias with a recent tie up with Algerian NOC Sonatrach reaffirming this.

Equinor not Statoil. Ørsted not DONG. Let’s face it the Scandinavians like to be different. They have taken the most radical stance with complete name changes (pending shareholder approval in May 2018). Statoil presented their 2030 Climate Roadmap in March. They will look to invest as much as 20% of total investments into “profitable renewables and low-carbon solutions” by 2030. Statoil already has a sizeable renewables wind portfolio. Irene Rummelhoff, VP recently commentated that utility scale floating wind farms will be common place come 2030. You sense offshore wind will be a natural home for Statoil…sorry I mean Equinor. This being said they did acquire a 40% share in the 162MW Apodi solar asset in Brazil during late 2017. This is a departure, yet in line with their Roadmap. On the face of it, the targets are in many ways as ambitious as Shell, though the use of the word ‘potentially’ in the capex targets is a little ambiguous. However, unlike Shell their carbon intensity cut to 8kg CO2 is a target and not a mere ambition.

What we see is a mismatch of goals, targets and initiatives. Some are locked in while others are merely aspirational. You do get the sense that this is only the start. The Super Majors in Europe getting their feet wet, working out the sector (and the sector working them out). As one oil executive told me “you don’t want to jump off the Titanic onto the Lusitania”. You do sense that mistakes in the past by the likes of BP have placed the European giants on heightened sense of alert, and big generation isn’t where they want to play. This has probably allowed the odd utility to steal a march on them, where they have disposed of their upstream assets and ramped up investments into electrification activities. What is now abundantly clear however, is the data war room that once had teams of geologist scouring over 3D maps, has a desk reserved for EV and PV projections. The majors have arrived with a willingness and newfound confidence to play in this space – don’t bet against them.

The final piece of the jigsaw that is often overlooked, is the environment majors are operating within from their shareholder base in Europe. The finance and investment community are under pressure to reveal how much exposure hydrocarbons present on a balance sheet, and this is being passed onto the majors. Capital is becoming more constrained to support traditional upstream activates. This is acting as a catalyst towards the energy transition, though private equity has filled the hole left by public funds. If we look at the huge commitment that Shell has given, they too are still under pressure to do more. Activist shareholders continue to push for even more ambitious targets at their AGM. The environment around banks is changing and this too is forcing the majors hand.

Just one final thought. One of the things that has been missed with all this talk of the energy transition is the customer, as opposed to electorate or community stakeholders. As we fixate on the energy source in Europe, I am surprised by how little we mention the ‘c word’. As an industry, we need to align our efforts with what customers require. Lowering cost has driven past transitions. What is now taking place, unlike previous history, is driven by policy. Policy drove telecom convergence, and it took 20 years for customers to accept the high cost associated with data costs that 3G network auctions forced on them. This was a mere afterthought for the UN backed ITU. There is a lesson to be learnt here.

Finding a balance between the lowest possible costs for consumers vs. low carbon will be the next battleground. As someone once said “no one wants to pay for insurance until they have to pay for it”.  There are clear demand side implications with a full/accelerated shift to renewables. Companies like DONG may have abandoned hydrocarbons but have done so safe in the knowledge that they have pan-European interconnectors to keep the lights on at a low cost. Customers want reliable cost-effective energy supply, and they may soon be at loggerheads with policymakers.

Clearly European majors are in a race to low carbon emission as opposed to renewables. This is seeing them play a more active role in power markets. We are at the beginning of a twenty-year transition and convergence of energy players. Companies are working out what is the best way to go, and when to do it? The answer in the short to medium term is of course more cleaner gas. But, as we know, Policy desires and market realities are not always the same. The OIES just reported the third successive growth of European gas demand.  Food for thought.

Over the coming months we will continue to track the investments made specifically by IOCs into non-hydrocarbon assets with our Council Low-Carbon Tracker.  This will be shared every 3 months in the Energy Council Quarterly review.

The Energy Council’s 3rd Gas-to-Power Africa Congress will once again see over 300 senior executives from along the gas and power value chains, including Governments, Regulators, Upstream E&Ps, Transport, Off takers, Developers, Utilities, EPC Companies, Financiers and Investors come together to discuss the future of Natural Gas and LNG as sources of energy and enabler on the continent.

Taking place once again in conjunction with Africa Utility Week, one of the world’s leading energy events which welcomed over 7400 attendees over three days in 2017, the Congress will explore gas pricing and the opportunities related to allocating supply between LNG exports and domestic power markets, developing bankable commercial frameworks, overcoming gas transportation infrastructure challenges and ensuring the competitiveness of domestic resources in a global market. 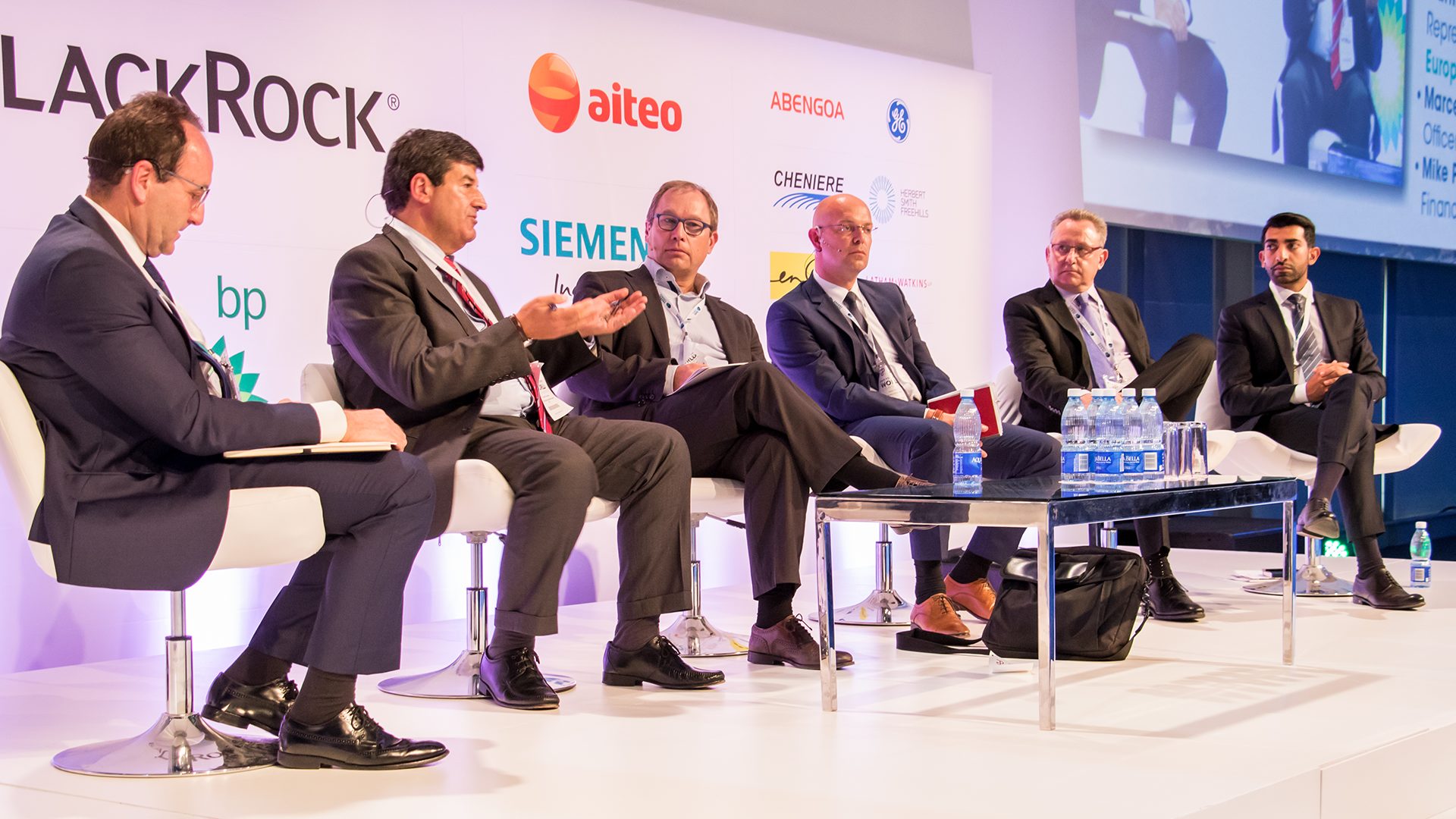 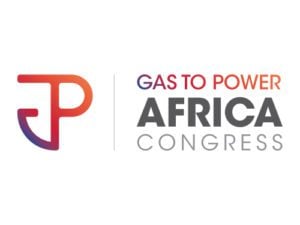