President Macky Sall opened the Oil & Gas Council’s 4th MSGBC Basin Summit & Exhibition in Dakar on Wednesday.  Held in partnership with PETROSEN, Senegal’s National Oil Company, the Assembly played host to the official launch of the country’s first offshore licensing round.  Comprising 12 offshore blocks, it is expected to draw wide interest from a variety of operators given the country has had eight major oil and gas discoveries since 2014, when the Council held its first conference in Dakar.

Bids can be submitted over the next 6 months, with final applications delivered to the Senegal Ministry of Petroleum and Energy no later than Friday, July 31st, 2020. Widely regarded alongside Guyana to be the most exciting hydrocarbon province in the world, the region has played host to some high-profile oil and gas discoveries in recent times.  Earlier this month Australian major Woodside Energy approved the 100,000 barrel per day Sangomar project and further FID decisions are expected in the coming years on a whole host of infrastructure projects.

PETROSEN has partnered with TGS, GeoPartners and PGS to provide more than 14,000km of 2D data, over 10,000km2 of 3D data and over 50,000km2 of Multibeam data with shallow cores and geochemistry to interested parties.

Rune Eng, EVP, Southern Hemisphere at TGS, commented, “The launch of Senegal’s landmark license round is a seminal moment in the nation’s hydrocarbon history. TGS is delighted to be able to support this initiative with a full complement of regional data sets that should help E&P companies to de-risk their exploration activities as they seek to take advantage of a world-renowned oil and gas basin.”

Amy Miller, CEO, Oil & Gas Council, commented, “We are honoured to have once again partnered with PETROSEN to deliver this millstone event.  Now it its fourth year we have watched all 8 major discoveries with great excitement.  We look forward to the awarding of all 12 blocks put on offer and we welcome back our global network in 2021 alongside PETROSEN and our international partner EnergyNet.”

Bringing together the African energy community together with financiers and investors looking to back oil & gas projects across the continent, Paris will be hosting the 10th Oil & Gas Council Africa Assembly, 22 – 23 September 2020. For a decade the assembly has been the deal making platform supporting African countries in their ambition to use their natural resources to transform their economies. To find out more about the Africa Assembly please visit the website or download the brochure. 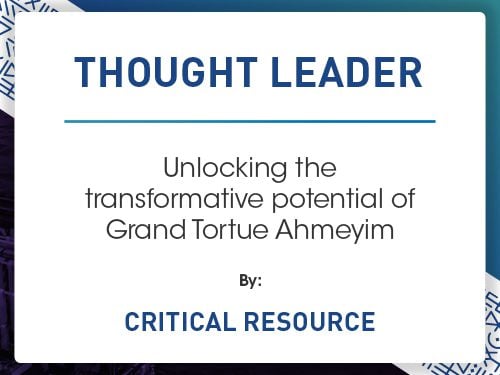