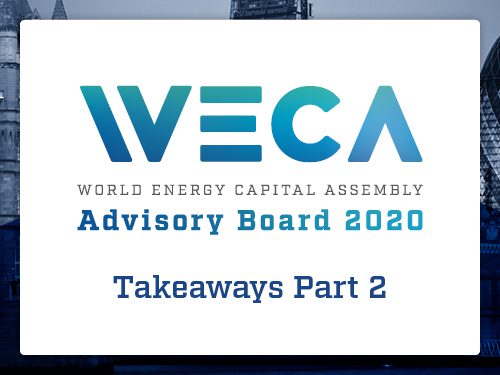 The Oil & Gas Council Advisory Board met in London last February to discuss the year ahead. What had been expected to be a conversation dominated by the energy transition was overtaken by events and what transpired in the breakdown in OPEC+ in early March. The real earthquake of the wider COVID-19 outbreak coupled with supply overhang started to impact prices as the Advisory Board met. It was decided where possible to look at macros and while appreciating the market will eliminate demand growth in 2020 the fundamental challenges remain unchanged. If you missed Part 1 of the meeting takeaways you can read them here.

Part 2 of the meeting takeaways covers: 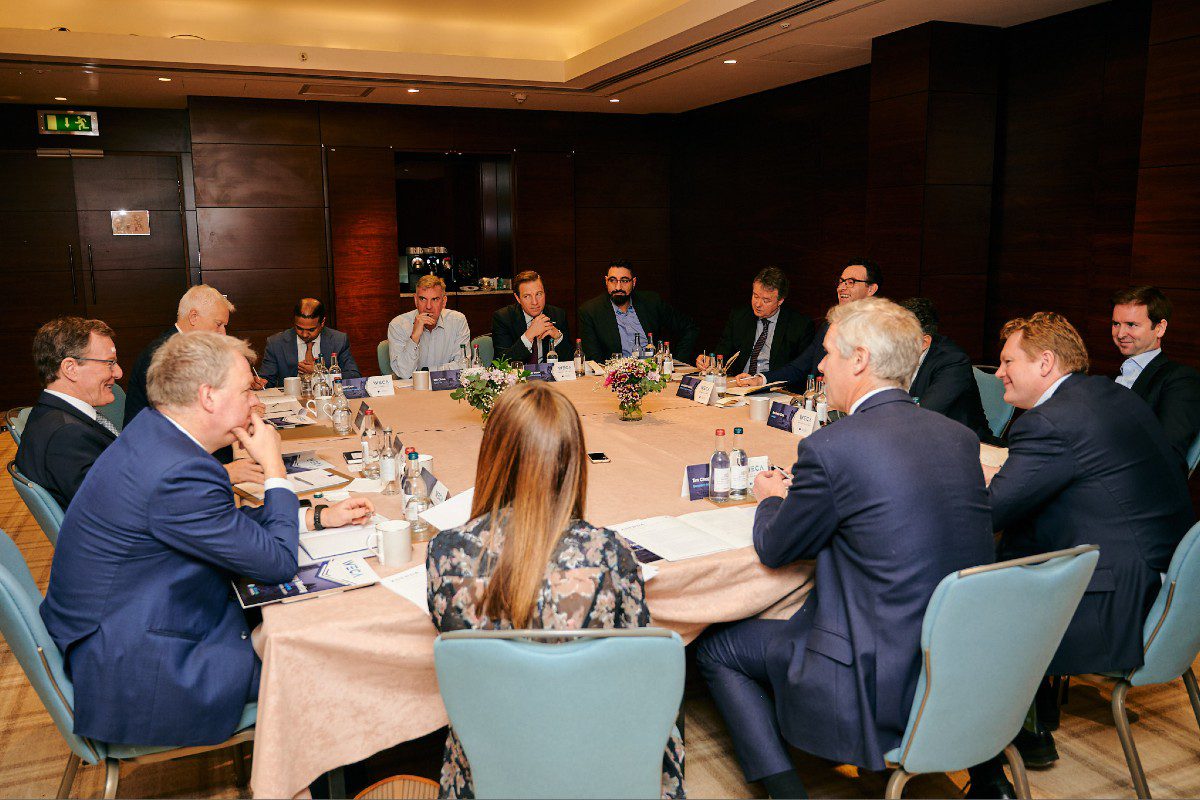 Despite being currently over shadowed by COVID-19, until just a few weeks ago when our advisors met, climate concerns were top of the agenda. And it’s still there, albeit it in the background, and when this is all over, once again there will be no shying away from it. Although demand will temporarily dip, the fundamentals remain unchanged, the energy transition and ESG will reappear and reassume dominance in the global discourse.

Despite Extinction Rebellion’s extreme views and desire to bring an immediate end to the industry, it was agreed that with a more realistic dialogue, a shift to the middle-ground will take place. In a move to lower carbon intensity, which doesn’t just mean renewables, each company needs to take action and assume responsibility to play their part in the transition.

For many, Scope 3 emission reductions are a bridge too far, that means focusing on scope 1 and 2, and leaving the responsibility of net zero to the majors. Over the last 6 months we’ve witnessed a string of majors, one by one announce their ambitious big oil to big energy transition and net zero pledges, but quite how they will be achieved nobody, including their CEO’s, knows. The prevailing opinion of those in the room was that the 2050 horizon adopted by many is out of measurable sight.

It was agreed that significant year on year progress can be made for all, with small and cost effective steps, and data often at the core. As an industry working in silos, so much can be gained from sharing data.

Clearly there’s a lot of “net zero” ambiguities that need ironing out, and contradictions that require clarification.  Locally, the Oil & Gas Authority’s Maximising Economic Recovery Strategy and 2050 UK Carbon Neutral Targets are not compliant. Globally, some countries are shutting down production to become “greener”, but importing to meet demand, which has a greater environmental impact.

Whatever the strategy, what’s important is doing something about the emissions and not just moving them along to somewhere or someone else. At the front and centre of driving the change is carbon capture, utilisation and storage (CCUS).  As stated by the IEA’s Executive Director Faith Birol, the industry has a “huge opportunity” to “get a social license in the fight against climate change”, by pushing CCUS.

While CCUS investment and development is happening, a number of challenges hinder its adoption. CCUS technologies and projects are extremely expensive and the lack of ready technologies fail to provide potential investors with certainty. Success requires an integrated play that generates acceptable returns alongside government incentives. Furthermore, regulatory frameworks are underdeveloped, and this, coupled with the lack of incentives and ready technologies, continues to inhibit the largescale and widespread deployment of CCUS in the immediate future. Without a carrot in place it will continue to be groundhog day for CCUS.

Questions were raised about how the energy transition plays out in developing economies and where it will leave industrial countries’ production. Have they missed the boat or timed to succeed as a tolerance to hydrocarbon production shifts? The likes of Guyana, Senegal, Mozambique and others opening hydrocarbon plays, who have not yet had their ‘pay day’, will not be willing to leave these resources in the ground due to the previous sins of the industrialised world. This shift of hydrocarbon production from industrialised to industrial regions will have major implications for how the industry operates and is funded.

While universally accepted that it is essential to respond to the climate change challenge, it seems that the industry has different schools of thought about the need and ability to drive a response. While there is a lot of effort going in to take Europe towards “carbon neutrality”, this will have little or no impact on emissions without a global approach, as Europe currently only account for 7-8% of global emissions.

Ultimately, this climate change conundrum often boils back to the question of who’s paying, especially when the reality is lower returns for shareholders. Good intensions are all very well but no-one’s prepared to pick up the bill. Good practices need to be looked at as opportunities, and not as costs.

As quoted by BMO’s Jeremy Low during the meeting, “The industry broadly accepts the climate change agenda; the issue is how to make the opportunity of it?”, and with that, it’s back to the drawing board.

Next conversations moved to gas. When combusted, gas has a lower CO2 footprint than other fossil fuels and is set to play a leading role in the transition. Despite struggling to detach from the negative social perception of coal and oil, it was noted that increased gas in the market will only serve to benefit the transition, but for this to achieved, it will have to work hand in hand with renewable energy.

There is some ambiguity in the story surrounding gas’ positioning as a “transition” fuel, implying that it will go away at some point. The reality is that we may be transitioning out of coal but gas should be here to stay, notwithstanding the fact that Europe’s heating system is built on gas.

The year ahead looks to continue to be a loss leader for the gas market. The warm winter followed by the COVID-19 pandemic leaves an unknown timetable for recovery.

The continued slump in Henry Hub prices has led to a pull back on dry natural gas production in North America. Kosmos Energy’s recently announced plans to increase the weighting of gas in its portfolio resulted in its share price plunging by 25%.

Gas’ recovery is largely influenced by the demand from China, so all eyes are on how and when the country will return to full trading capacity.  Fundamentally, there are no structural changes in the demand picture foreshadowed. China will remain a large importer of natural gas as their shale gas predictions are not as promising as what we’ve seen in the US. The real question on the lips of the world’s big gas producers is the potential of exporting gas to India? The country has the same potential as China but there is still reluctance to invest in the necessary infrastructure.

Despite being more resilient than oil our advisors struggled to see how returns can be made from gas right now given its low price.